skip navigation
YouthSportsNYC
Search
Search
YouthSportsNYC League Rules
Please review league rules below by age group. If you have a question, contact us BEFORE your game or settle the question during your home plate meeting BEFORE the game starts. Umpire has final rule once game begins.

* Each manager and coach must be knowledgeable of the current OFFICIAL RULES. To not know the rules creates problems with Umpire(s), other managers/coaches & even players, and shortchanges the manager’s ability.
FOOTWEAR
PITCH COUNT LIMITS 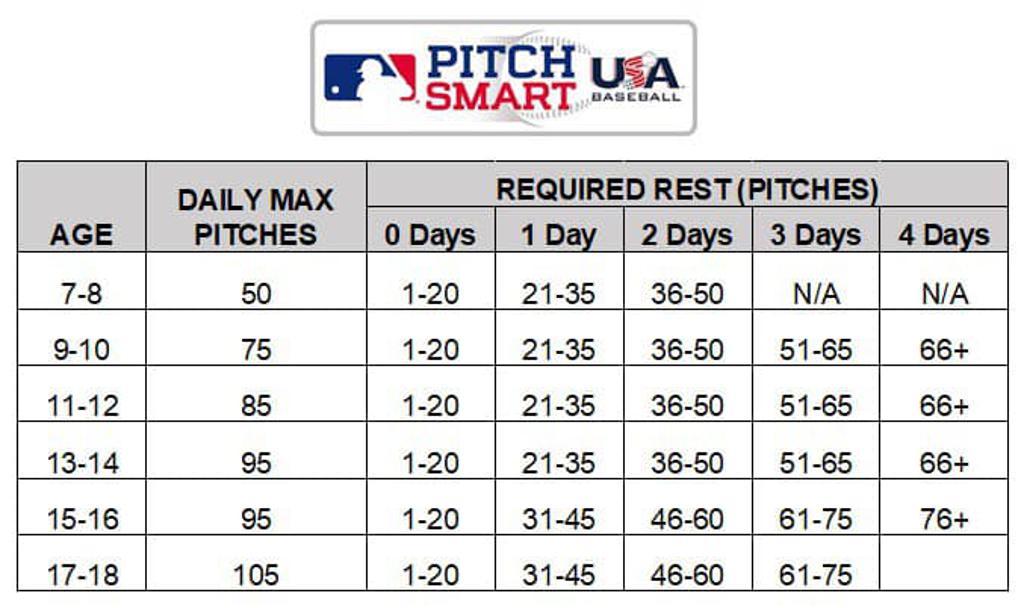 This apply to all divisions!

Recruitment/Changing Teams & Rosters
● No manager may actively recruit a player currently playing with another team. After a player has signed an official player’s agreement, the player will not be allowed to move to another team.
● Managers may add player(s) to their roster, however all add on must be completed by the league's deadline. Rosters will be frozen after the deadline set by the league.
● Player(s) will not be allowed to play if their registration requirements have not been received by the deadline assigned.
● Original rosters will be kept on file.
Ineligible Players
● If a player’s eligibility comes in question, the original documents (Birth Certificate or Passport) will be requested.
Uniforms/Umpire(s)
● Every player must be in complete uniform & wear a baseball cup. Manager & all coaches must have the team logo on the shirt/jersey when in the dugout. Only the Umpire(s) has the right to deny a player or team participant if not properly attired.
● Only those players on the team’s roster are allowed in the team’s dugout. The manager, coaches, scorekeeper and players are the only individuals allowed in the dugout area.
● Once the schedule has been posted, managers will not be allowed to make changes.
Fees & Fines
● Protest must be made during the time of infraction or before the last out of the game is made, umpire must then sign the scorebook. Protest must be submitted in writing to the league within 24 hours along with a $100.00 fee. League turnaround time for the protest to be answered will be before your next game scheduled. If the protest is valid the $100.00 fee will be returned. If the protest is invalid the league will keep the $100.00.
● There’s a $25.00 fine for the teams who do not leave their dug out clean. Fine must be paid before your next scheduled game. If a fine is not paid prior to your next scheduled game, the game will result in a forfeit.
Managers/Coaches Conduct
● We reserve the right to reject any manager, coach or other person who does not meet the criteria and standards of our league.
● Any and all managers, coaches & players must agree to abide by the rules & regulations of the league. Anyone that violates these rules and regulations are subject to suspension or expulsion from the league.
● Every manager is responsible for the conduct of his/her coaches, players and the followers of his/her team.
● No manager or coach shall use improper language at any time. Use of improper language may result in disciplinary action.
● Any manager, coach or player ejected from a game by the Umpire(s) for any reason shall be subject to disciplinary action, suspension will be determined by the league depending on the severity.
● Drinking & Smoking is prohibited. No manager, coach, parent or the follower of any team should be consuming alcohol inside the dugout. If a manager or coach is consuming alcohol while his/her team is playing that manager/coach will be removed from the game immediately. 1st violation will be a 2 games suspension, 2nd violation will be 4 games suspension & the 3rd violation will be an expulsion of the league. (NO EXCEPTIONS WILL BE MADE…)
Players Conduct
● Any Player fighting, throwing equipment or acting with unruly conduct will be immediately ejected from the game. He/She can be suspended for a minimum of a game.
Injuries
● Never use a player who has been injured until you are certain that the player has fully recovered.
Poor Weather Condition/Suspended Games.
● Team should always report to the field. It is the decision of the Umpire(s) as to whether or not to play the game. First consideration should be the safety of the players & playing field. Once a game has started the Umpire may either call the game or impose a delay.
● Suspended games due to bad weather or darkness will be rescheduled only if it’s necessary for Playoff. If the game is official (4th inning) the team leading wins the game (after the 4th inning has been closed), but if the game is not official then the game will be rescheduled and played as a new game.
Meetings
● Managers are required to attend all meetings or send a representative. Attendance will be taken at every meeting.
Standings/Games
● In the event that all teams do not play an equal amount of games, standings will be determined on a percentage.
● A player must play at least 30% of the season with his/her team in order to participate in the playoffs & championship games. If a team has ineligible player(s) the team will be disqualified. Is the manager(s) responsibility to protest the infraction.​​
When two teams finish in a tie for a playoff, the following tie-breaking formula will be used;
Revised: July, 5th, 2022